With the lads from Morton hire flying into Mackay for business, they only had a limited window to go fishing with Action Charters. Luckily the weather cooperated resulting in a fantastic day on the water. With regular skipper Graham Brake on Volunteer Marine Rescue duty, it was up to Capt. Shane Ping and decky Dion to put the boys onto the fish. 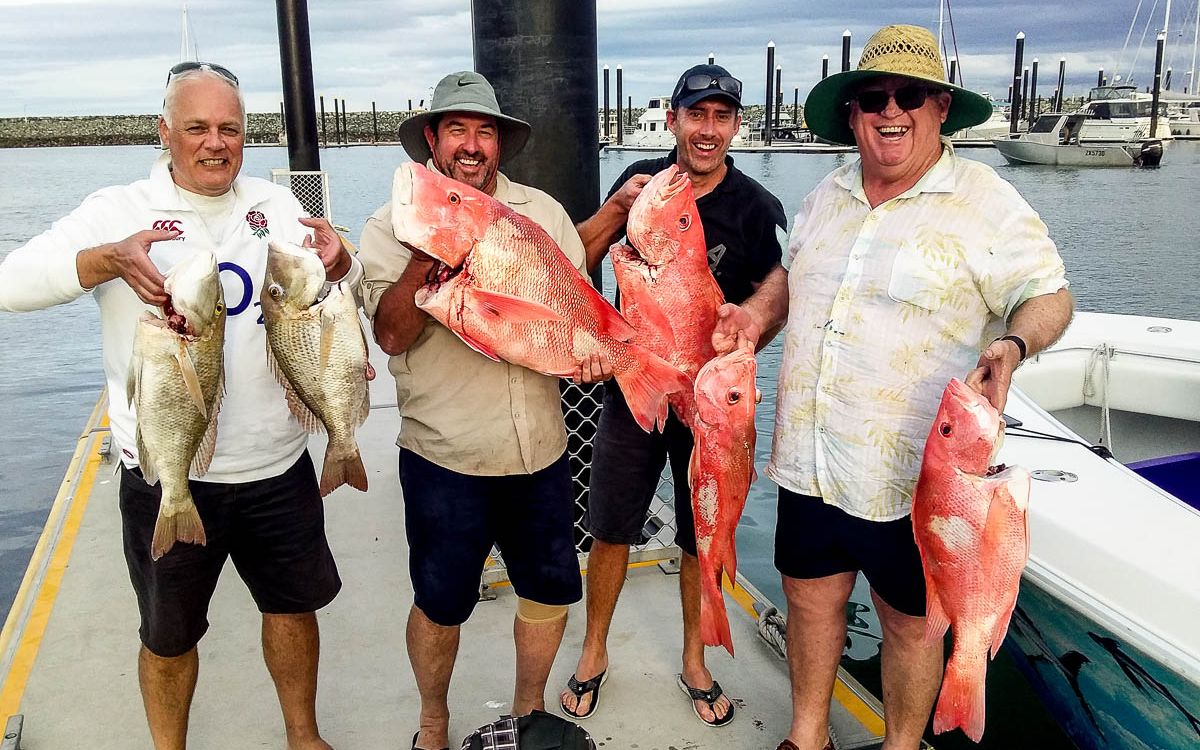 Leaving the Mackay Marina early to arrive at the shipping channel marks in time for the tide change, the boys were met with flat seas and no current making it initially tough to get the resident red fish to bite. The old saying “no run, no fun” holds pretty true but so does the saying “action breeds action” so it was only a matter of getting one to bite to stir up the others. It was soon a procession of three and four-way hook ups on good size large-mouth Nannygai.

Throughout the day the boys continued to add Nannygai and quality Grassy Sweatlip to the catch before the last drift of the day resulted in Steve hooking and landing a 12kg Red Emperor. A quality fish in any location.

Arriving back in the marina, Shane and Dion even filleted the catch for the guys before freezing and packing into travel boxes for the guys to collect on their way to airport the next morning.

We look forward to hosting Morton Hire again when they are once again in Mackay. 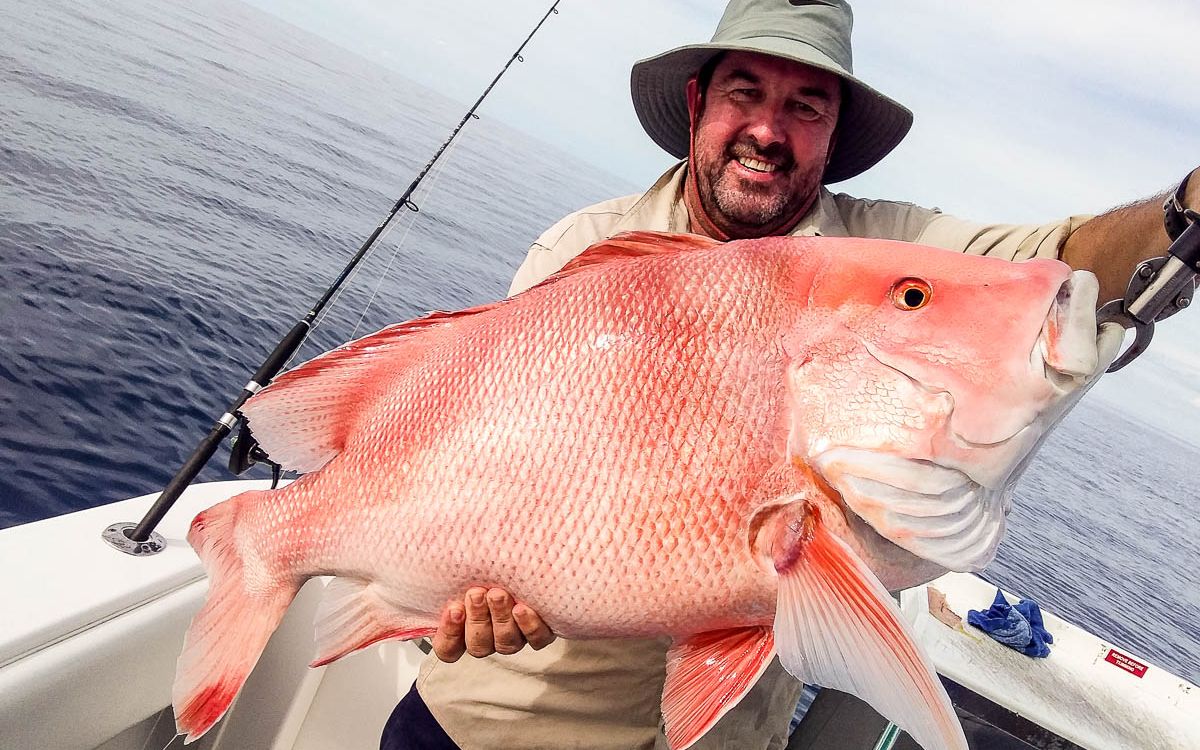 Fishing Adventure August 2020
On Saturday, the 15th of August 2020 was one of those days. With not a breath of wind, nice small…
Fishing Adventure July 2020
It’s been a slow year for most due to Covid-19. We have been locked up in the marina all year…
Hardline Fishing Trip Sockeye Blue - April 2020
On Day 5 we decided to head further north up to the world famous Bugatti reef. As the freezer was…
Fishing Adventure - June 2019
With the lads from Morton hire flying into Mackay for business, they only had a limited window to go…
Fishing Adventure - April 2019
There was a break in the strong winds during the school holidays to allow teachers Bevan, Nathan,…
Fishing Trip December 2018
It was great day on the water when Bobbie Pick and his son Kale cashed in the Action Charter…
Fishing Trip November 2018
On November the 17th and 18th, six lucky patrons along with two staff members from Taylors Hotel in…
Fishing Trip North Queensland
You have to be tough to be a concreter in north Queensland. And you have to be tough to go fishing…
Fishing Trip Around Cumberland Islands
It was a fantastic day when David McGrath and his wife Rachel shouted his father Tony and brother…